Snapshot is a Science Fiction detective story following Anthony Davis, a cop assigned to Snapshot Duty. In this vivid world that author Brandon Sanderson has built, society can create a snapshot of a specific day in time. The experiences people have, the paths they follow—all of them are real again for a one day in the snapshot. All for the purposes of investigation by the court.

Davis’s job as a cop on Snapshot Duty is straight forward. Sometimes he is tasked with finding where a criminal dumped a weapon. Sometimes he is tasked with documenting domestic disputes. Simple. Mundane. One day, in between two snapshot assignments, Davis decides to investigate the memory of a call that was mysteriously never logged at the precinct, and he makes a horrifying discovery.

As in all many stories, Snapshot follows a wonderfully flawed character as he attempts to solve a horrific crime. Sanderson proves that no matter the genre, he is one of the most skilled storytellers in the business. 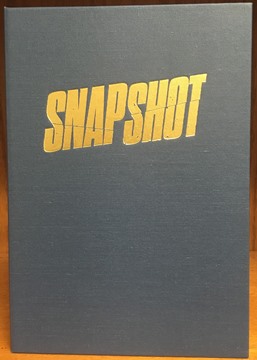 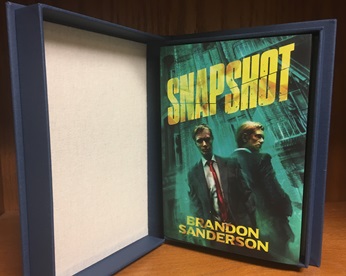 Search by author name or title of book:

Browse our titles by author last name then first name:

Browse our titles by publisher name:

Sign up to our newsletter to be the first to know when we have new books and sales: